Is SEO bad? No, but a penalty for over-optimised content!

Google will penalize if you over-optimize! 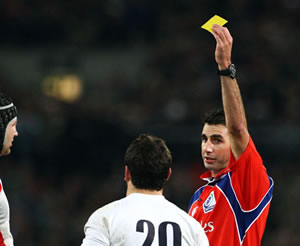 This penalty is only 10 mins. A Google over-optimization penalty could be a lot worse!

During a recent SXSW panel Google’s Matt Cutts announced that Google has been working on a new penalty that targets over-optimized or overly SEO’ed content.

It will penalize sites that optimize for search engine ranking rather than specifically for relevance to entered search terms.

Or put another way; not focused on ‘customer satisfaction’.

He confirmed that the new over-optimization penalty is to be introduced into general search results during the next few weeks or month.

Google’s head of search spam division, Matt Cutts, said, “The purpose is to level the playing field”, giving sites that have good content and a high degree of relevance to the searched for terms, a better shot at ranking above sites that have not as good content but rank better due to primarily SEO techniques.

Interestingly, only in 2009, Matt Cutts during a Q&A stated that there was no specific penalty for over-optimisation but dropped a hint…

Perhaps the above video clip might have given a clue and this most recent announcement should come as no surprise as Google has been pushing the idea of relevancy for some time and posted their intent with the first Panda update last February and subsequent updates through the year.

It’s not clear whether Cutts intended to make the announcement now or not as his comments were prompted by an attendee who asked:

“With so many SEO companies showing up claiming to do SEO, a lot of markets are getting saturated with optimized content.

What are you doing to prevent, for example, if you’re looking for something, and the first page is just optimized content, and it’s not what you’re actually looking for? Are you pretty much out of luck if you’re not optimizing your site but it has relevant content?

If I’m a mom or pop and I’m trying to optimize a site by myself, I’m going to get beat by people paying thousands of dollars.”

What impact will it have on SEO?

One could be smug, if from an inbound marketing standpoint, you have already adopted that content strategy and been applying that principle in your online internet search marketing and SEO activities.

The announcement makes clear that good content is as important or even more important than it has ever been and that Google intends to penalize sub-standard and low-quality sites and marketers.

How not to attract a Google penalty?

It’s pretty simply! Don’t over-optimize your content! Or, put another way; focus on the needs and expectations of your intended visitors.

You need to focus on a topic-driven content strategy not one driven by keywords alone. In other words a content strategy focused on what readers want and not included simply to achieve a high search engine ranking.

It is the direction that Google has been pointing towards since last year’s Panda updates started to roll out.

And, it seems will continue to be their main focus for the future. Have you got an inbound marketing content strategy in place?

More reading on the subject from:-
Hubspot: Google’s Pending Algorithm Update to Penalize Over-Optimized Content
Search Engine Land: Too Much SEO? Google’s Working On An “Over-Optimization” Penalty For That