The Mobile web is here and it’s not going away 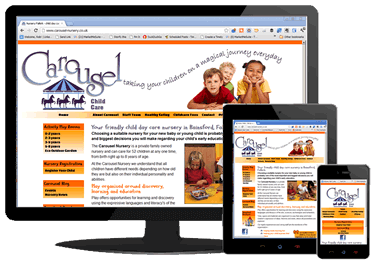 Mobile browsing is growing but will it make a big impact on ecommerce?

There is no doubt that mobile devices are being used to browse the internet more and more.

But the jury is still out, as far as I’m concerned, when it’s stated that mobile, in the form of smartphones, will overtake desktop or tablets where ecommerce is concerned!

Indeed in a recent post Responsive Web Design – Data Disaster highlights its value, using own client data, tended to indicate that although year on year there has been a large increase in visitor numbers using mobile devices.

But, surprisingly, it was the ecommerce sites that showed the lowest increases and it was predominately tablet based rather than smartphones.

And, in support of the location data in the infographic, it tended to be location based and bricks & mortar sites that showed smartphones with the largest increases.

It is still unclear which development model should be adopted to satisfy this growing trend. Responsive design is not a panacea in all cases and there is still a place for mobile sites and dedicated apps to fill the gaps in areas that have specific or need special treatment.

I see no real benefit of creating an app focussing specifically on tablets as it is a format that a responsive fluid design can adequately satisfy and in many cases, with a good cms, can also function effectively on mobile phones.

However, for ecommerce, a responsive design approach might be overload particularly as they tend to be image heavy with a consequent impact on download speeds and as the infographic confirms, users are as equally impatient on mobile as they are on desktops.

As in many cases it is horses for courses and deciding who are, why & what your own customers are using to access your site and what you can do to make their experience both satisfying and profitable.