Google announced last Thursday changes to the look and layout of their Google Places listings. 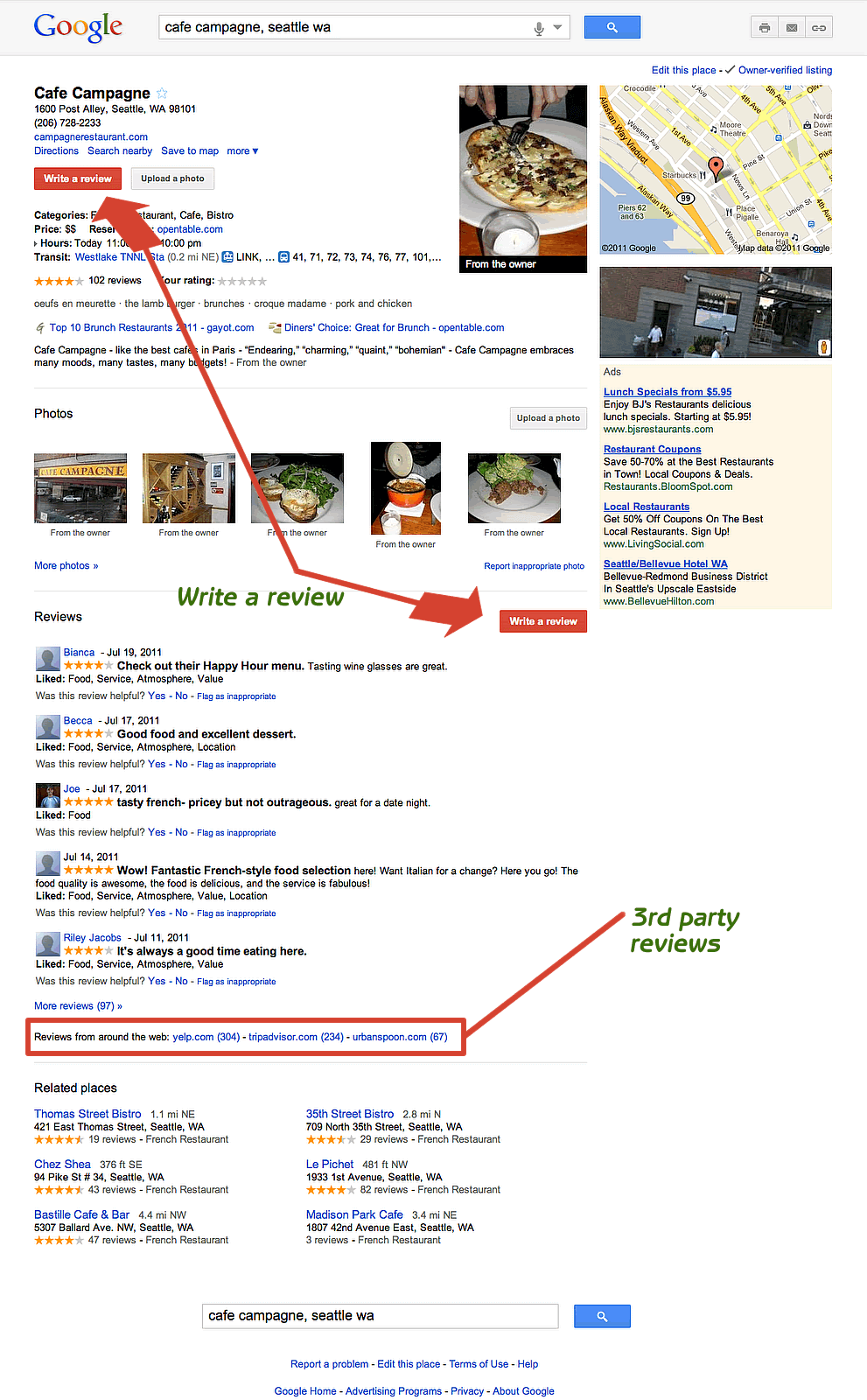 More importantly they are dopping or, at least, relegating 3rd party reviews and mentions giving them a lower priority.

It would appear they are giving reviews from Google account users a higher and more prominent role and have added more obvious call-to-action buttons on Places pages.

Citations have been dropped as have the review snippets that used to appear near the top of page.

Citations were the links from other sites and web pages that made reference to the business and represented the equivalent of backlinks we know to be an important ranking factor for SEO.

It looks like that 3rd party reviews will only be shown, not as a snippet or in full, but as a link to the reviewing site below 5 of Google’s own user reviews.

The new interface makes it fairly obvious the focus being placed on the the new layout with 2 large reddish [Write a review] buttons prominently displayed.

When logged in to your Google account you are able to upload a photo and enter a review giving a star rating in entry box below the displayed photos.

But that is not all for Google Places page…

More changes have been promised and the announcement stated that Beyond today’s transition, our long-term vision for local search includes:

What effect for Places SEO

It’s not clear yet whether the changes are purely aesthetic or algorithmic and whether 3rd party reviews will be factored in to Places rankings but the changes already made will have impact on SEO for Places search optimisation.

What role for Google+

Google+, at the moment, is not featured probably due to the continued refinements being made but given the proposed future vision, outlined above, it is likely to be integrated sooner than later.

Apart from SEO what other impact do you think it might have?