Have you signed up to Google+ yet?

However, if you do try and signup you will be asked to leave your email as the ‘project’ is ‘closed’ until further notice and was initially open to users by invitation only. 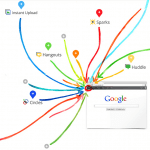 But, don’t let that stop you! If your are already using Facebook in your inbound marketing toolbox then jumping on the Google+ bandwagon is not so much just an option but a must!

Although launched just more than a month ago and still in ‘beta’ mode, Google+ has already got agreement from many developers that it may eventually overtake Facebook.

You can get a flavour by watching Google+ online demo here and the video below.

A recent quarterly survey of mobile application developers by Web development tool maker, Appcelerator and market research company IDC found that two-thirds of the 1,621 respondents to the question “Can Google+ catch up to Facebook?” replied yes.

More than 68 percent of the respondents believe that Google’s other assets – search, YouTube, Local and maps, among others – trump Facebook’s social graph and will influence its long-term growth.

It’s not been without controversy and there has been some complaints about Google’s recent activities of deleting non-personal accounts and some branded company profiles similar to Facebook Pages.

Google’s screwup regarding brand pages was discussed on Gigaom and can be read in full here. 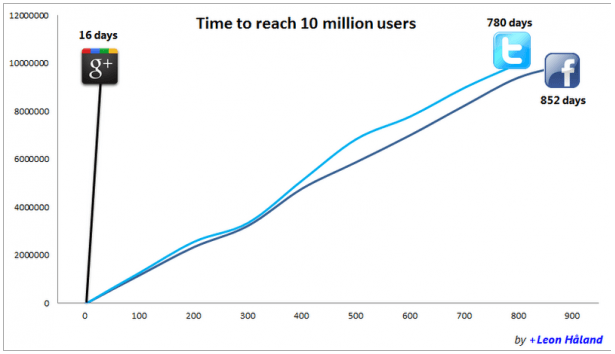 Perhaps the main reason for both survey results and outrage is the expected impact Google+ will have when finally open to all. It’s growth, since launch, has been phenomenal and has hit the 20 million mark in three weeks.

So, as a starting point signup now and get in at the beginning and be ahead of the game.

Do you think that Google+ will be bigger than Facebook? Leave a comment below and let us know!