Are QR codes (quick response) catching on at last?

Mobile technology provider Nellymoser reported in Adweek that 8% of magazine ads in December 2011 included an interactive quick-response or QR code compared to 3.6% in January. 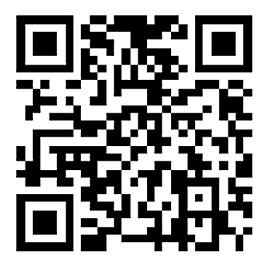 In a survey of the top 100 magazine titles throughout the year there was an increase in the use of QR codes particularly in the beauty, fashion and home sectors with almost 40% of ads including the code.

Most of the codes were in women’s magazine titles with the top brands, John Frieda 82, L’Oreal 79, Cuisinart 74, Garnier 72 and Revlon with 67, driving the increase.

The research carried out found that a record 4468 mobile action codes broadly defined to include all 2D barcodes, QR codes, Microsoft Tags, and watermarks were printed in the top 100 U.S. magazines during 2011.

Earlier research into the use of 2-D codes in magazines showed that although a relatively new technology it was starting to catch on with readers and this research tends to support that finding.

To understand how the QR code was being used in magazine advertising, Nellymoser surveyed all the issues of the top 100 U.S. magazines by circulation during 2011.

Publications that required a membership, such as AARP magazine as well as regional titles were ignored with the study limited to national titles readily available on newsstands.

Nellymoser counted and analyzed every page during 2011 resulting in 164,255 pages analysed. In quarter 4 of 2011 they found:

Every QR Code, Microsoft Tag, Spyderlynk SnapTag, BEE Tag, JagTag, Digimarc watermark and other codes were scanned with either an iPhone or Android device with every code activated for every campaign, every video played and every web page visited.

Needs more information how to use the interactive code and why

According to Roger Matus, executive vp of Nellymoser, while readers increasingly understand what the odd-looking symbols are, the codes generate more engagement when they describe the benefit the user will get after scanning them, whether it be free content, coupon or any other incentive.

However, there is still room for improvement as one-third of ads that ran in 2011 didn’t include that basic information.

Main use of the QR code

There were four types of campaigns that advertisers mainly used qr codes for: 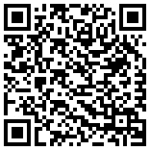 Click to enlarge and scan with smartphone for pdf report

So if you are considering adding any qr or other interactive code to your advertising make sure the publication is promoting the use of qr codes with all their advertisers!

The full report can be obtained from Nellymoser in pdf format download here or by scanning QR Code alongside.

Are you adding QR codes to your inbound marketing strategy? How have you used them?